Are y’all hip to this cat? He’s definitely coming into his own with a voice that oozes some of the sweetest, hippest, coolest blue-eyed sizzoul I’ve heard in a long time.

That last name might look a bit familiar. That’s because his pops is 80’s sitcom star Alan Thicke…

I happened to be channel-surfing one night about a month, month-and-a-half ago, and caught him on the The Tonight Show performing a song called “Shooter” with Lil Wayne.

N-E-way…now I know who he is, and I definitely won’t be sleeping on him anymore. And neither should you. 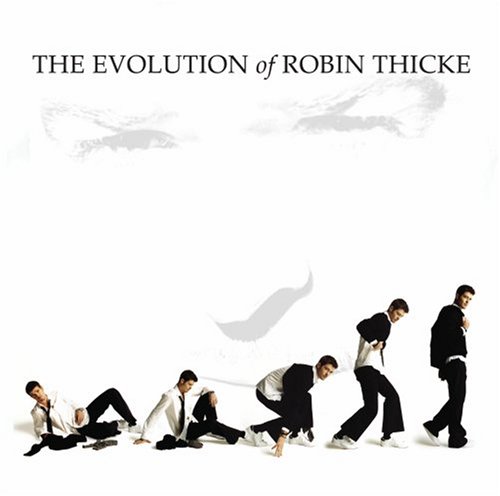 …will be dropping soon. It’s definitely worth peeping, just for the songs I’ve heard thus far. The single, Wanna Love You Girl, featuring Pharrell, has already been getting much play on the major music channels.

Take note of his butter-smooth voice. He definitely brings it. Gotta give him his props. For real. I’m talking dude’s on some Marvin Gaye/Maxwell shizz. You’ll see what I mean on this song, Lost Without You.

And just in case you’re craving more when that song’s finished (and you will be), here’s the sleek, sexy video for Wanna Love You Girl.

Oh, what the hell…let’s make it a concert. Here’s Shooter. You don’t even understand how hot this one is. It’s actually best listened to with your speakers up loud or through a headset/earbuds. You will be nodding ya head to it, trust. You might even find yourself singing along before it’s all said sung and done. (♫ My hands up, my hands up, they want me with my hands up… ♫)