The much-anticipated Tupac Shakur biopic All Eyez On Me, starring Demetrius Shipp, Jr. as the late internationally-beloved hip-hop star/actor/activist/poet debuted this weekend to a solid box office of $27 million plus. The numbers exceeded most estimates, but Tupac’s fans – including myself – were eager to see his story brought to life.

I was involved in creating some of the behind-the-scenes content, interviews, and marketing for the film and saw it in its various stages of editing. Through it all, newcomer Demetrius shines in the lead role, embodying the artist to the point where you fully believe it’s really Tupac on the screen.

(I was also involved with the HBO First Look about the movie.)

I also attended the world premiere of the movie on Wednesday, June 14th… 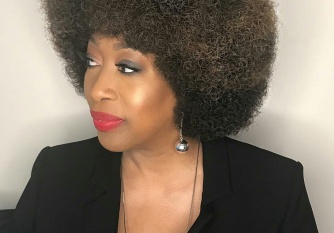 I personally know Demetrius Shipp, Jr. and am genuinely proud and happy that the world is getting to see what a phenomenal talent he is. He will definitely make his mark in Hollywood, hopefully for a long time to come. This L.A. Times feature about his journey to scoring the role is worth checking out. 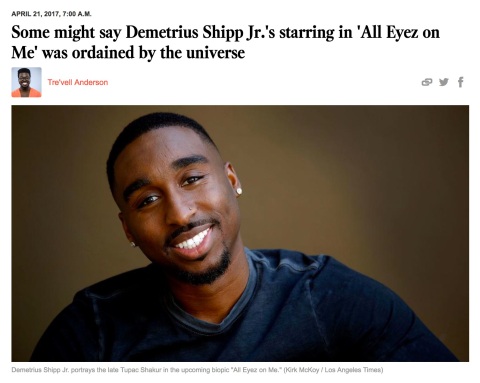 Here he is speaking at the premiere, before the start of the movie. It really was a wonderful night, filled with magic and excitement all around.

Be sure to check out the movie, if you haven’t already. Forget what the critics have been saying. Audiences and fans of Tupac have been quite vocal in expressing their love for it.